After 2 seasons in the regional league and promotion in spring 2018, the Panthers have been playing for the championship in the 2nd league ProB since 22nd September. Shortly before the start of the season, LMS hosted the Panthers’ press conference. On September 6th, coach Alen Velcic presented his newly formed team to the press and many interested parties in the rooms of LMS.

LMS also provided the backdrop for the official team photos and player portraits of the Panthers. In the LMS logistics centre, a good 2. 5 hours were spent setting up, rehearsing and forming, moving and aligning until sports photographer Michael Kienzler had all the photos in the box. LMS wishes the Panthers many spectacular games and much success for the 2018/2019 season. 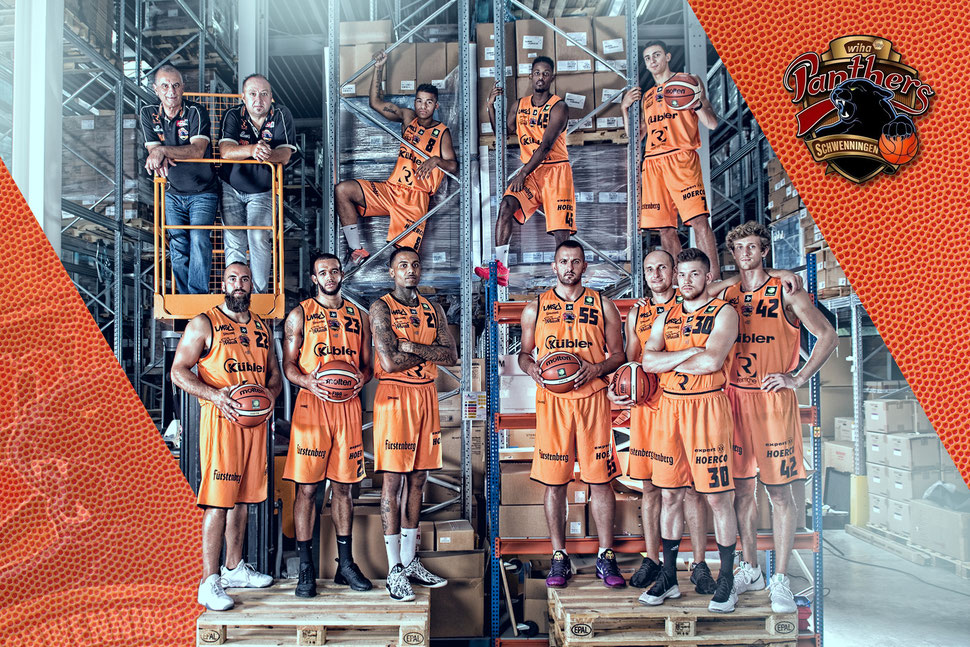 The Panthers team with trainers in the LMS camp

With more than 30 years of experience, LMS is a globally respected and renowned partner for the laboratory sector.
We offer you various branded products at the best possible conditions.

The LMS logistics centre is quick and easy to reach thanks to ideal transport connections.